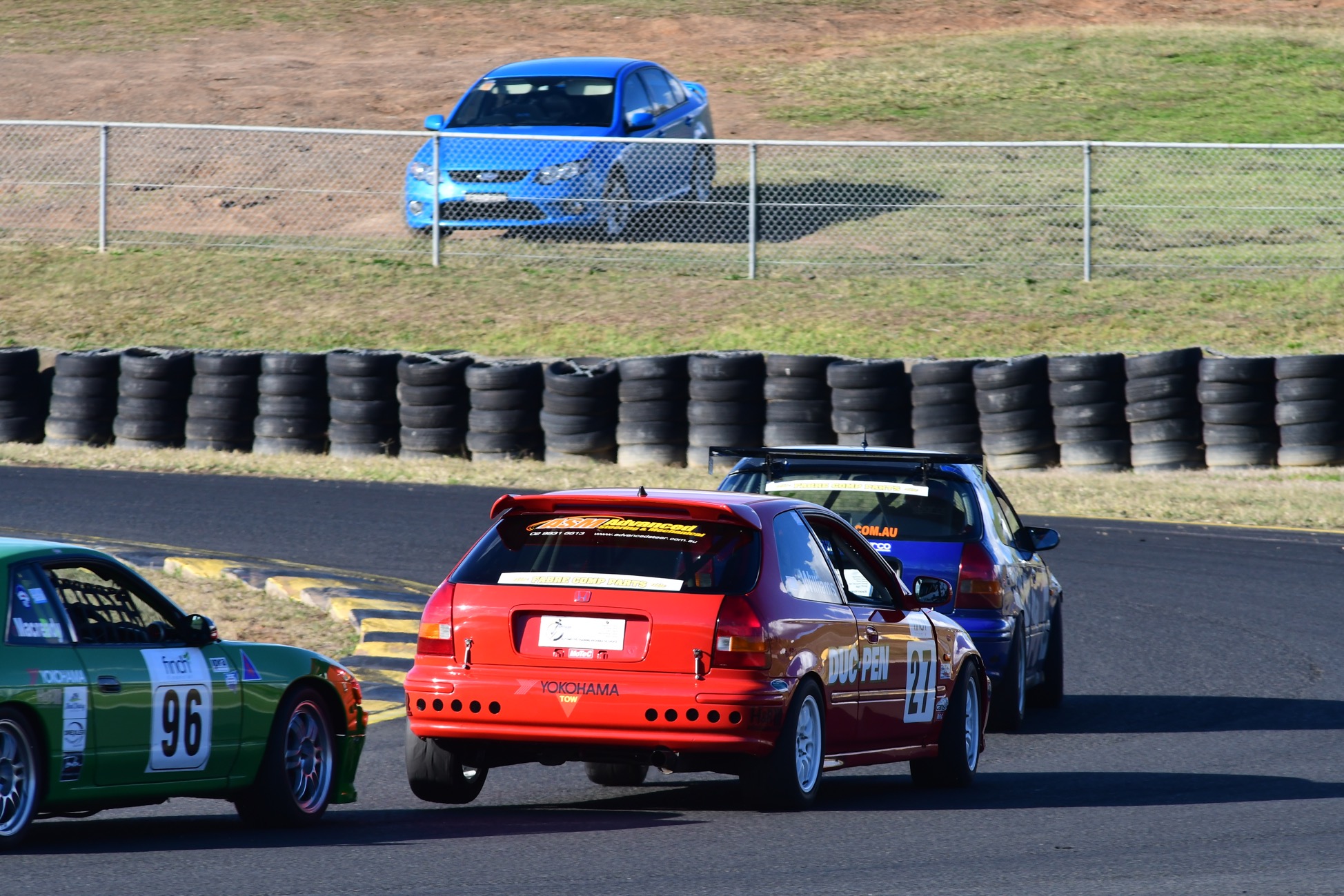 Posted at 07:10h in Round Review by lindadmin
Share

A very cold September weekend greeted the Improved Production competitors for their final state championship round of 2018. For this race meet both Unders and Overs would be racing in a combined 4 race format and with the Over 2L champion (Michael King) already decided it was all eyes on the Under 2L to see who will the champion be.

Qualifying was Michael King’s domain, but the surprise packet was Harrison Cooper in the Under 2L Honda beside him on the front row.

Race 1 was a ten lap affair with King making the best start, closely followed by Trevan Spiteri and Cooper who just edged out his fellow class combatant Kurt Macready. These four drivers were the class of the field finishing in that order. One notable mention was the welcome return of 2017 Champion Ahmed Baghdadi who was quick straight away.

Race 2 was a repeat of the first one including finishing order, after the race Cooper was mathematically out of reach and was crowned 2018 Under 2L champion.

The third race held on Sunday morning was again dominated by Michael King, who led home the same three competitors from race one and two. A terrific battle behind them between Peter Bellette, Ian Price and Andrew McMaster raged on for the length of the race.

The trophy race saw Spiteri make a great start and lead King into turn one. King piled on the pressure and shadowed Spiteri for the initial parts of the race, until a successful overtaking move that gave King the lead. This was not the end of Spiteri woes as he had a small mishap dropping down to 6thposition by mid race distance. Spiteri tried hard to make his way to the pointy end but unfortunately ran out of laps, the final result was King 1st, Cooper 2ndand Macready 3rd.