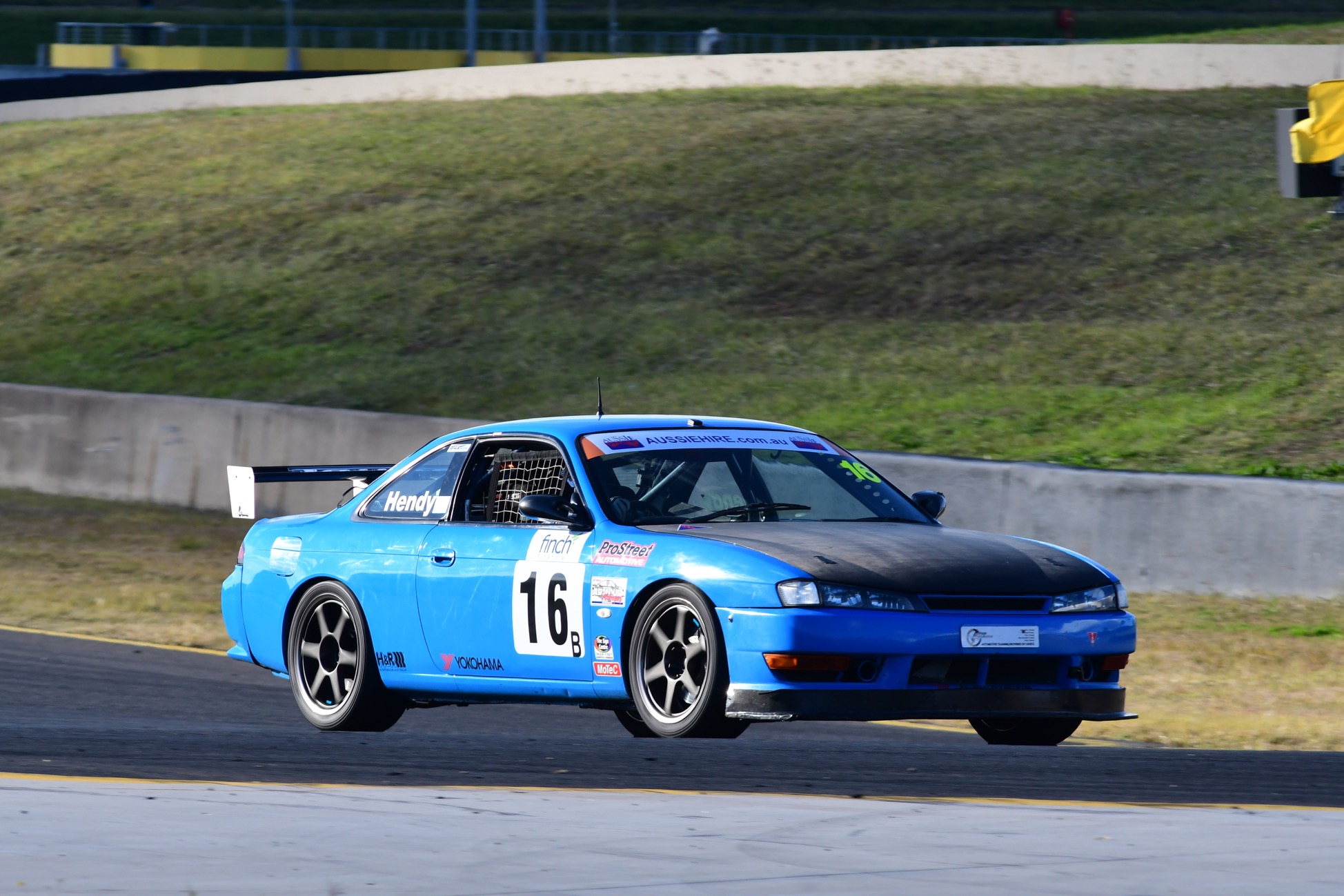 Posted at 07:10h in Round Review by lindadmin
Share

Macready made a brilliant get away and was closely followed by Cooper and Bob Jowett. Cooper was pushing to claim the lead when he spun, eventually rejoining the race at the back of the field. Unopposed Macready remained in the lead till the end, Jowett put on a valiant effort to came home 2ndwhile Mike Fitzgerald had 3rdplace for most of the race, however he was denied on the last lap by a hard charging Ryan Jagger.

Macready continued his starting form for the second race and was closely followed by Jowett and Jagger, due to his mishap in the first race Copper had plenty of work ahead of him starting from 6thposition on the grid. By midrace Macready was alone at the front and Cooper had worked his way to second position, at race end Macready won from Cooper with Jowett arriving home 3rd.

The trophy race saw the two-championship protagonist starting on the front row, Cooper made the better start and swooped into the lead. The two leaders proceeded to build a gap to the third-place battle between Fitzgerald, Jowett, Jagger and Stephen Wan. The Unfortunate Jowett retired and Wan’s Honda Civic started slowing down. In the end Copper romped home and with that tightened his grip on the 2018 crown, Macready came home 2ndfrom the consistent Jagger in 3rd.

Michael King was the star of the meet claiming pole and dominating in all four races.

Race 1, King made a great start and was closely followed by Trevan Spiteri and Michael Hazelton. The leading positions remain unchanged till the end.

Race 2 saw a similar start and the three leaders continued their previous race formation until Hazelton’s car retired at the fishhook causing the safety car to come out. After the restart King romped home from Spiteri and David Waldon 3rd.

Race 3 King lead the way again and was pursued by Spiteri until the latter retired, which allowed Dave Waldon to take over second position with Hazelton in the chase. King won comfortably from Waldon but unfortunately the 2ndplaced driver was given a 5 second penalty that relegated him to third promoting Hazelton to 2nd.

The trophy race again saw King pull away from Hazelton and Waldon, who were joined by Peter Hennessy. King made it a clean sweep and secured the Championship with a round to spare. Beating home Waldon, who passed Hazelton to finish 2ndand 3rdrespectively.